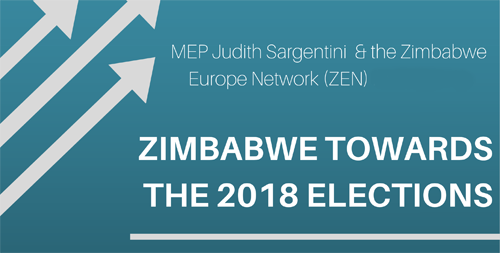 On 7 March ZEN and MEP Judith Sargentini (Greens) organized a meeting on Zimbabwe in the European Parliament.

Key civil society leaders from Zimbabwe were invited to present their views and engage in discussions with the European Parliament and other European policy makers.

Besides the latest developments, the political and economic context and implications for European policies were discussed. The various aspects of the EU re-engagement strategy were addressed, whereby it was highlighted that a more inclusive concept of engagement was needed.

It was further stressed that in order for civil society to e ectively operate ahead of the 2018 elections, it was crucial for donors to release funding on short notice.